I have never been a very religious person. Growing up I probably thought about God and the afterlife just about as much as anyone else really. I see how much it plays a role in the world we live today; whether it be in the United States, the Middle East or anywhere else in the world.

It has been seeing all of this in the news, whether it be ISIS, Donald Trump’s rallying of the Evangelical Christians to gain political traction, and the constant discourse and friction of “belief” brings to people’s lives throughout the history of man that I have come to the simple conclusion: People have to stop worrying about the afterlife and things they cannot see and worry about the life they have now.

Whether or not some people think I write this in order to offend, I assure you I do not. I write this simply as my simple reflection on the world and how people believe too much where it must affect the lives of others.

Groups like ISIS, Al Qaeda, Boko Haram and Al Shabaab would love nothing more than to impose their will and belief system on the entire world and actually use force to push for it. 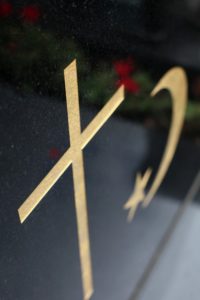 But even the most religious parts of this nation do the same, and yes maybe not by force but rather political posturing.

I say this not trying to say that both are equivalent to each other but instead that they are the same in that people love forcing their certainty on others way too much.

The way I see it, people need to care about others more by worrying about themselves. Many on the religious right of this country are steadfastly against simply allowing others who do not follow their doctrine to live freely and lawfully as they do. When it comes to marriage and reproduction and all I ask in response to the consensus and opinion they hold is, “What difference does it make to you what others do? You’re saved, so worry about yourself.”

Religion gives people an excuse to think they have all the answers and use certainty in order to justify lecturing others about the afterlife and the consequences for what they do before.

If people would just stop worrying about the afterlife so much maybe it would be easier for people to live in peace. People need to stop believing old books and tribal codes and start seeing that we need to live for now and not just for a God and afterlife.