Starting out your career as a young adult in a world controlled by ritualistic and mundane baby boomers can seem kind of boring, especially if you’re a risk taking, passionate and narcissistic millennial who’s always broke.

Millennials are everywhere, taking the American corporate job market by storm and, chances are, baby boomers and Gen Xers aren’t enjoying their presence in the workplace, but perhaps their time has come to an end.

They were raised by parents who told them they were special, participated in sports leagues where everyone got a trophy just for showing up, and now they’re all grown up.

It’s really no secret, millennials kind of have a bad rap. They’re despised for their never ending quest for finding themselves, loathed for their narcissistic attitudes, and often simply mocked for being a part of “that generation.” But what makes a millennial a millennial?

According to the American Heritage Dictionary of the English Language, a millennial is anyone born from the early 1980s to the late 1990s, especially in the U.S and Canada. But it isn’t that simple, there’s a lot more involved in being a millennial than just being born in a certain time period.

At their worst, millennials are a handful in the workplace. They aren’t just looking for money; they want to be passionate about what they do, and they suck at faking it. Millennials need to feel a sense of connection to their work, and need to know that what they are doing is making a difference. This has become a problem for managers looking to make potential hires because they know not everyone will be willing do the job most baby boomers and Gen Xers likely fought for years ago.

Millennials think they are the center of the universe. Surveys have shown that each generation becomes more narcissistic than the last, and in the case of millennials it certainly shows. The number one complaint from most managers is that millennials feel a sense of entitlement, often completing tasks their own way rather than doing what their superiors told them to do the first time. 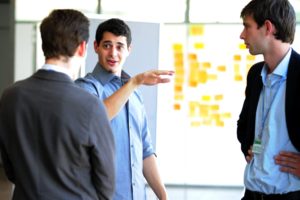 However, work specialists say this type of narcissistic attitude produced by millennials in the workplace is often mistaken for confidence. If there is one thing millennials do understand it’s social media. And when their boss asks them to call clients, but they email them instead, maybe it’s because email is a faster way to communicate.

At their best, millennials can offer insight and the easiest ways to get tasks done. They work on tasks not deadlines, and they understand the internet better than any other generation, partly because they were raised on it.

They crave social meetings and unlike the baby boomers and Gen Xers they want a relationship with their boss. Knowing who their boss is piques a millennial’s interest in higher management and gives them insight into what it takes to get to the top.

Millennials strive for constant feedback and acknowledgement. This allows millennials to get a general idea of how they are doing and what they could be doing better. They want to learn everything. Millennials have an intense need to understand how things work and learning is important for them to figuring that out.

The United States Council of Economic Advisers predicts millennials will continue to be a sizable part of the population for many years to come. This means corporate America and the rest of us will just have to put up with them.