I Have this Accent for a Reason

There are people that you meet on a day to basis that can bring you great energy.  One of those individuals is here at Housatonic,  and her name is Fadiola Gojani, also known as, Fifi.

Fadiola was born in the country of Montenegro (a word that translates to “black mountain”), and is also a refugee from Kosovo, which neighbors Albania and Serbia.

When Fadiola was 5 years old she had to leave her home due to the Bosnian Genocide, the largest massacre in Europe after the Holocaust. Her father was a anesthesiologist and he was politically involved with the government. She and her family came to the United States for better opportunity.

“My father spoke out against the government, and if anyone did that then they were killed. My father wanted a way for him and his family to be safe,” she says.

Since her father was an anesthesiologist he was able to find a way out of the country so his family and himself  could be safe. When Fadiola’s father found out that Germany was in high demand of nurses, he applied, and received the position. Not only did he receive the position but Germany also gave him and his family papers to move to Germany. This was a fresh start for the Gojani family and they were given the opportunity for security.

As years passed in Germany, it was soon time for more change.

In the year 2003, the Gojani family came to United States. Since it was time for change, it was also time for FiFi to learn about American culture.

Even though Fifi experienced a culture shock, her European accent and her love for her country still stands strong.

It has been twelve years now that she has been in the states and she is currently enrolled in classes and is working as a cashier here at HCC. 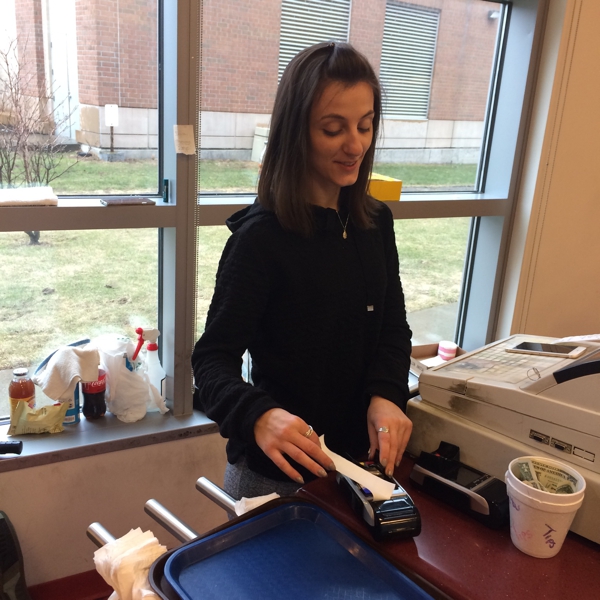 Fadiola is currently here in the United States just for the moment, though. Her plans are to receive a degree in Behavioral Science and return back to Europe.

“The people in Europe and the culture made me who I am and eventually I want to go back because I am a European. I want to work with the refugees, I am a former refugee. I am someone that they can relate to because I have been in their position before. I want to be able to make a difference and show people from my country they can better themselves and give back to their country,” she says.