How Everyone Connects to Movies

Written by Steven Agostisi
Published on May 1, 2016

Movies are a very big part of society today. Their popularity matches that of professional sports. But why are movies so popular today and why are so many people into them? They are just made for entertainment, but many people treat movies as much more than that.

Either way they manage to connect everyone and seem to be becoming even more popular now than ever.

Movies are the perfect escape for many people as they provide something new and exciting. Many people see their lives as boring and to watch a movie about something with an adventure is very appealing to people. These movies, especially movies with happy endings can be good for people who are down on their lives since they can give people optimism. For instance, during the Great Depression when many businesses were struggling, one of the few industries that was still successful was the movie industry.

Despite how poor people were during that time people still went to the movies because they provided optimism and hope for the people struggling at that time.

HCC film professor Garrett Maynard says,  “I think for most people movies are just escapism.” However, that isn’t always a bad thing. For instance if someone is having a bad day, a great way to lighten their mood is to see a movie.

While movies provide great escapism, they also are very similar to our real lives.

In many movies directors try to make themes that relate to real life issues, especially issues that are relevant today. During World War II nearly all the villains in movies were Nazis. Recently, in the 2008 movie Iron Man filmmakers changed Stark’s origin to fit the times. In the original “Iron Man” story Iron Man was captured and held prisoner in Southeast Asia. However, this was in the 60’s when America had conflicts in Southeast Asia. 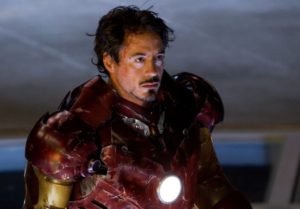 Today, America has conflicts in the Middle East so for the Iron Man movie they changed it so that Iron Man was captured there instead.

Housatonic student and huge movie fan Tommy Schutte believes that movies are much more than escapism. According to him, “Movies are more similar to my own real life than I thought.”

Schutte also talks about how he views characters in movies as him and his friends. “Someone like Luke Skywalker is very relatable to me because I can see myself as him,” he says.

But why are movies so popular to so many different people who have different views on movies? Movies often times get different responses from different people. The recent film Batman v Superman had a lot of mixed responses. There are people who really like it and people absolutely hate it.

Another HCC student Trey North says, “I don’t see any difference between hardcore fans of movies and hard core fans of sports since neither of those have anything to do with our real lives, but a lot of people treat them as if they are a part of their real lives.”

Just like professional sports such as baseball or football, people treat big movies like the Marvel series or the Star Wars movies like they are a part of their lives.

Movies seem to be very popular for a variety of reasons.

Throughout the years movies have continued to become more and more popular and they will probably continue to grow in popularity as the years continue.