Ahead of the Curve

Written by Shannon Mitchell
Published on May 2, 2016

Curvy girls have a lot more to smile about as they step into clothing stores these days. More retailers in the past decade have finally made stylish garments available for women over size 12.

Shopping in these stores was not (and still isn’t, in many cases) always a rewarding experience. Often, plus-sized women in this market struggle to find clothes they actually want to wear. You know that feeling you get when a whole store does not have anything appealing? Well it happens nearly every time these women go shopping.

It is a bit perplexing to see retailers still not catering to a presence that has been around since the dawn of time. But why? The “average” American woman is a size 14. This accounts for roughly 67% of the population, according to a Business Insider article. One would think the fashion industry would want more capital gain, especially since that market is about an $18 billion money maker.

“Project Runway” mentor Tim Gunn finds it “repugnant” that “most designers have absolutely no interest in addressing” this community. “We find that fashion seems to end when you get any larger than a size 12,” he says. 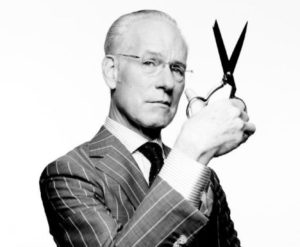 “I remember the frustration of wanting to buy fashionable clothes, wanting to look like a young woman,” she says.

Clothing was very limited, geared mostly towards older women. They were big, billowy pieces that blanketed the curvy body. There was not an abundance of trendy options to choose from. Instead, designers produced plain garments that shied away from loud colors or interesting patterns.

Coba-Loh remembered she “couldn’t find a cute short skirt in [her] size,” for her Friday nights out with friends. She was mostly restricted to a “pair of jeans and a blousy top.”

Like most women dealing with the same issue, she wondered “Why can’t there be clothes that fit me?”

Shopping trips can really take an emotional toll because it seems that clothes just aren’t there. “It lowered my self-esteem even more because I couldn’t find something that was going to make me feel pretty, sexy, or confident,” says Coba-Loh.

However, there is more visibility now and it’s more positive than ever. Another Psychology instructor, Laura Turiano, sees these shifting attitudes towards curvy girls as well. “Our media has an influence on [their] acceptance,” she says. Women like Beyonce and Jennifer Lopez make that possible.

Recent advertising campaigns made by Dove and Lane Bryant promote body confidence in a society that has decided women bigger than a certain size are not beautiful.

“They are definitely a step forward,” says Turiano. “It helps women identify with those on T.V.” Women who do not usually fit into a “normal” box are now being normalized, according to her.

There has also been a cultural shift. Turiano said it has become easier to be curvy now than ten years ago. But what caused this initial change?

Perhaps it is due to the spike in eating disorders, with about 1 in 5 women suffering from one, according to the National Association of Anorexia Nervosa and Associated Disorders. “Extremely thin models changed our outlook as to what beautiful is,” Turiano says. “Our nation has seen a lot of damage that’s been done… and learned from the past.” Eventually, she started to notice a change.

Better selections began to appear in more and more places. The options that are now available seem to follow fashionable trend,  according to Coba-Loh. “Young girls and women can feel like they can wear the same thing at size 16 as someone who’s a size 8 or 4,” she says.

Even though progress is (literally) being made every day, the struggles are not over yet. There is a 21-year-old student staring at a row of jackets in H & M right now. She still cannot pick out a blazer because her waistline stretches past the XL marked on the tag.

Until more retailers realize the plight of plus-sized women who want and need to look great, but are still being blatantly excluded from clothing racks, the job is far from done. Curvy girls are here to stay, and it’s about time they acknowledge that!