There’s a famous quote by George Bernard Shaw that reads, “Beware of false knowledge; it is more dangerous than ignorance.”

With that quote in mind consider the following Twitter post. “Did you know Halloween 2016 is the first time in 666 years that Halloween falls on Friday the Thirteenth?”

It’s terrifying to think that some people would actually believe that because they saw it on Twitter this morning. It appears as if Shaw was correct.

Of course, it would be swell if everything we read on Facebook, Twitter, Instagram, etc was true; unfortunately, that’s not the case. When it comes to the Internet, we as college students need to develop somewhat of a misanthropic approach. Start doubting posts that seem unbelievable because most of the time they aren’t true!

Misinformation can be extremely detrimental to our society.

People are becoming so brainwashed by the Internet that pretty soon we’re going to turn into mindless zombies.

Henry Schissler, a Sociology professor here at HCC, offered his opinion as to why the spread of false information occurs so often in society. “False knowledge has been spread long before the Internet, but the Internet made the spread of it more rapid because anyone can post anything in a matter of seconds,” he said.

He went on to offer a reason why most people are so quick to believe everything they read on the net saying, “If  the media says things enough times people will start to believe it, so the more people share things on the social media that are false the more likely people will start believing it.”

Just because you saw a post for the fifth time this week doesn’t mean it is necessarily true. 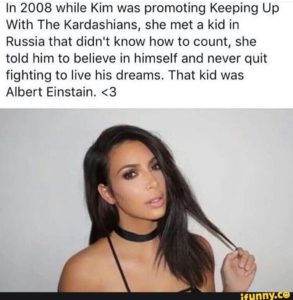 We need to start thinking more critically about what we see online. Critical thinking should not only apply to our academic lives; it also needs to be applied in our everyday lives. Question things before instantly believing them, and begin looking more deeply into things. It’s important to develop a healthy sense of skepticism.

Kirk T. Hughes, an English professor here at HCC, says. “Novices need the kind of high octane bullshit detector that develops over time.  Students need to cultivate critical discernment, but the truth is this develops over time as we learn more and more.”

One will not be a pro a this overnight, but the more we begin to be aware of this, the more skepticism we should develop.

Professor Hughes provided some tips students can use to start becoming aware. “It helps students to develop patience and sustained attention in their quest for useful, legitimate and credible sources,” he said.

Finding credible sources takes time, and can be frustrating. Sometimes it may seem easier to just believe the post to save  time, but in the long run it will only contribute to a knowledge of lies. Another tip Hughes suggests “ is to limit the jiggly, jaggly, shallow engagement of screen time. It helps to cultivate high quality listening skills in real time with real people…. and to learn to ask strong questions.”