What Kind of Lifestyle Are You Living?

With the billions of people living on Earth today, it is inevitable for some to live their lives differently than others. As a resident here, I find it worth the time to find out more about how my neighbors and I are living.

Each person has differing priorities. These priorities are driven by a balancing act of our dreams and our restrictions. As the old saying goes, “it’s good to want things.”

You might say that only the lucky ones reach their full potential and maybe that’s true. But let’s first take a look to see some kinds of lifestyles that are being lived out there:

Back to the Land: people of agrarian movements who live completely off the land on a small scale by themselves or with others

Clothes Free: living in the nude

Communal Living: living in a common place and sharing everything

Nomadic: living with no permanent residence, moving from place to place

Quirkyalone: not opposing but preferring to remain single rather than be part of a couple 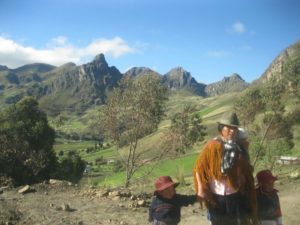 Now that you have seen the list, try to take a few minutes to see which group(s) you might fit into. It is important for us all to know where we can fit in. Firstly, this will help  you to gain a sense of self identity. Secondly, it helps you to be able to live more harmonically with your neighbors by understanding a little bit more about them. And thirdly, understanding them will further boost your self identity.

You may have also felt that you don’t fit into any of these lifestyles. Or maybe you felt connected to several of the general lifestyles. I believe this is due to our living in the age of information, where we are mostly hidden behind screens and bombarded with information, wanted or unwanted. The advances in technology are forced onto many, and mostly, it is embraced once there is really no escape. This can cloud/clutter the essence of your lifestyle. I ask you to dig through that and then observe the way you are living, aside from what technology does for your day-to-day life.

I asked the same of people all over HCC. The analysis of what I got back from them follows:

HCC students were shown a list not unlike the one above and were asked to take a look and circle any/all lifestyles that described their life. Bohemian was the most popular lifestyle choice from this list. Mostly all who gave one response were simple livers. More than one half of people surveyed circled more than one lifestyle. Back to the land and asceticism were the least prominent lifestyles from people surveyed in the HCC area.

These results tell me that this dense population is certainly enough for diverse lifestyles to be present. It is also enough for overlapping lifestyles to be happening and proves different lifestyles can thrive simultaneously. The fact that there were results at all show that today’s technology is only a chronicle of it’s time and doesn’t yet replace the way we live. Right now it only influences, helps or hurts, still on a small scale.

Upon surveying I was pleased to notice people liked being asked the question. They were intrigued to learn about themselves first and others second. They were going to look up more about the lifestyles later on. This supports the aforementioned idea to bettering self with further knowledge and understanding of self, and also being aware/accepting of neighboring lifestyles. Could it be a cause to effect?

After a one-question survey, we feel benefits already. We have put some things into a clearer perspective. We can move forward. Then the individual’s vision of success doesn’t seem so far away; hopefully we realize we were closer to success than we thought.